This is an introductory course on the New Testament (NT) Gospels and Acts for first year students at the Global Classroom. This course explores the interpretation, context, and content of the Gospels and Acts – the key contexts, political, historical and religious, within which the lives of Jesus and the early churches functioned. It also surveys the nature of the New Testament as Scripture and to fundamental hermeneutical issues, with a focus  on historical criticism as a basis for theological interpretation. The course surveys scholarly study of Jesus and highlights key issues, and then look at the major points of his teaching and his aims. It outlines methods of study used in approaching the Gospels, including the question of the kind of literature that they are, their origins and how to interpret the Gospels today followed by a survey of all the Gospels. The Book of Acts, the continuation of the story into the life of the earliest Christians, again considering its contents, organization, major themes and emphases, as well as discussing modern debates about Acts, including its authorship and date will also be studying.

At the end of the course, students will be able to gain:

Further reading lists at the end of most of the day topics or section provide a basis for further study in greater depth on particular issues within each section of the book, and you can access to books which are generally available in Perlego.

The amount of modern literature on the Gospels and Acts is enormous. This applies especially to commentaries, where there is no way that we can list all the useful works on any of the NT books.

A number of standard reference books can be recommended for following up most of the topics covered in this course. As a first step students are encouraged to look up the relevant articles on the NT documents in dictionaries such as ABD, DJG2 and DLNTD (see Abbreviations above). On certain topics, DNTB and NDBT will be useful.

The above mentioned works that are very helpful for your ongoing studies and research. You will notice in the following section that, there are commentaries often referred as ‘exegetical’ (and ‘exegesis’) – referring to understand what the text would have meant to its original readers; ‘expository’ and ‘exposition’ refer to trying to explain the significance that  the text might have for readers today.

AB or Anchor Bible Ongoing series of full commentaries using Greek in transliteration, generally providing detailed notes followed by explanatory discussion of each passage. Earlier volumes in the series were of unequal quality; more recent ones are very good but some tend to excessive length.

BECNT Baker Exegetical Commentary on the NT Detailed commentaries  working with the Greek, but generally accessible for those who do not have Greek.

EBC The Expositor’s Bible Commentary Multi-volume series on the whole Bible originally published some thirty years ago now appearing in a thoroughly revised new edition with many fresh treatments.

IVPNTC InterVarsity Press New Testament Commentaries Similar to BST in bringing out the contemporary relevance of the text, but with a greater emphasis on the basic exegesis.

NAC New American Commentary Multi-volume series, aiming to be exegetical and expository; largely from a conservative and Baptist background.

NIVAC NIV Application Commentary Offering a combination of exegesis and application linked together by a ‘bridge’ between then and now.

Several one-volume commentaries cover the whole Bible or the NT:

There is a mass of valuable web material that can easily be accessed for this course. In our bibliographies there will be reference to some of the resources available. One of the most useful sites is Dr Mark Goodacre’s New Testament Gateway- http://www.ntgateway.com.

In addition, the Tyndale House library catalogue <http://www.tyncat.com> provides links to published books which are available online – many of the books in our bibliographies can be accessed this way.

We anticipate our students to have varied viewpoints which will enrich the discussions in our learning community. Therefore, we ask our students to be charitable and respectful in their interactions with each other, and to remain focused on the topic of discussion, out of respect to others who have committed to being a part of this learning community.

SUMMARY OF ASSIGNMENTS AND GRADING

In order to clear the course, along with mandatory weekly participation in the Discussion Forum and live sessions, a student has to score a minimum passing grade in Formative and Summative Assessments separately. Passing Grade will be 40 % in the Assessment – Formative or Summative.

Evaluation is based upon the completion of the following assignments:

GENERAL GUIDELINES FOR THE SUBMISSION OF WRITTEN WORK

Submission: Papers to be submitted electronically in .doc or .docx format via Global Classroom – Assignment Upload

In all assigned work, proper style guidelines must be used and followed exactly; failure to do so will render the submitted assignment unacceptable.

For proper citation style, consult the FBC Style Guide or the full edition of the MLA Handbook for Writers of Research Papers: Seventh Edition, especially chapters 5 and 7 for arrangement of entries through in-text citations and Works Cited.

Integrity in academic work is required of all our students. Academic dishonesty is any breach of this integrity, and includes such practices as cheating (the use of unauthorized material on tests and examinations), submitting the same work for different classes without permission of the instructors; using false information (including false references to secondary sources) in an assignment; improper or unacknowledged collaboration with other students, and plagiarism.

Global Classroom values quality in the courses it offers its students. End-of-course evaluations provide valuable student feedback and are one of the ways that Global Classroom works towards maintaining and improving the quality of courses and the student’s learning experience. Student involvement in this process is critical to enhance the general quality of teaching and learning.

Course Evaluation results will not be disclosed to the instructor before final grades in the course have been submitted and processed. Student names will be kept confidential and the instructor will only see the aggregated results of the class. 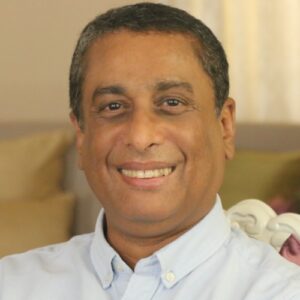 Dr Philip completed his Ph.D in New Testament at the University of Durham under the mentorship of esteemed New Testament scholar, James D.G. Dunn. His M.Th in New Testament is from the Senate of Serampore. He authored the book The Origins of Pauline Pneumatology and served as a theological editor for the recently published i: A One-Volume Commentary on the Whole Bible and engaged in forthcoming South Asia Study Bible project. His area of research is Pauline literature and Lukan studies..
Login
Scroll to Top

Do you have any questions or doubts about theological education or online learning?

Drop us a note and our academic counsellor will get in touch with you.

Login
Accessing this course requires a login. Please enter your credentials below!
Lost Your Password?